InStyle.com | What Are the Coconut Oil Benefits for Hair featuring Gina Rivera

Here’s everything you need to know about coconut oil for hair, including whether or not you should just avoid it altogether.

ICYMI, coconut oil has been riding on its reputation as an all-star for the last several years. It’s a healthy cooking fat, it can whiten your teeth, and when it comes to your hair, people swear by its natural ability to make it shiny and frizz-free.

But are the coconut oil benefits for hair legit?

While there hasn’t been much research into the topic, one study back from 2003 published in the Journal of Cosmetic Science noted that applying coconut oil to your hair before or after washing could help prevent damage and strengthen hair. The researchers found coconut oil worked by protecting hair’s natural proteins, which are depleted over time by things like air pollution and heat styling.

“Coconut oil was the only oil [compared to mineral and sunflower oil] found to reduce the protein loss remarkably for both undamaged and damaged hair when used as a pre-wash and post-wash grooming product,” the researchers said. Why? “Coconut oil, being a triglyceride of lauric acid (principal fatty acid), has a high affinity for hair proteins and, because of its low molecular weight and straight linear chain, is able to penetrate inside the hair shaft,” the study concluded.

So, yeah, that study seems to weigh in favor of coconut oil for hair, especially if it’s damaged and dry. But some hairstylists and dermatologists say you should think twice.

Here’s the lowdown on the tropical oil, including how to incorporate it into your hair routine (if at all) and whether or not it can help you grow healthier, longer strands.

Is coconut oil good for your hair?

Rub coconut oil onto your skin and it certainly looks softer and feels more moisturized, right? So, it only makes sense that the same would go for your hair. Well, while coconut oil is “somewhat” moisturizing, it’s not necessarily the best option in the longterm, says Anna Jackson, a celebrity stylist at Chicago-based BOSS HAIR GROUP.

“The problem is the molecule is so big that it doesn’t get absorbed like products created specifically for hair,” she says. “Instead, it sits on top of the hair shaft and makes it shiny and soft — but just temporarily.” That means you’re just one hair wash away from losing any benefits the coconut oil might have had for your hair, Jackson says.

What about coconut oil for hair growth?

And when it comes to claims that coconut oil can help with hair regrowth, the proof just isn’t there, says Caren Campbell, M.D., a board-certified dermatologist in San Francisco. If you’re considering coconut oil to help grow your hair out, Dr. Campbell says you’re better off avoiding some of the everyday behaviors that may have caused hair breakage or hair thinning in the first place.

Some culprits? Using chemical relaxers (and other harsh products) on your hair, as well as overusing hot styling tools (like curling irons and hair dryers) can all contribute to damaged hair, Campbell says.

When it comes to hair growth specifically, you need to get to the root cause (no pun intended). “Making sure you don’t have an iron deficiency, thyroid issues, vitamin D, or zinc deficiencies is also important,” she says. “Your doctor can check these labs and treat with supplements or medications as needed.”

How should I use coconut oil for my hair?

Experts recommend rubbing coconut oil between your hands to tame flyaways or frizzies or for an occasional shine boost. But it’s best not to overuse the stuff, since it can make hair limp and oily, says Gina Rivera, founder and president of Phenix Salons.

There’s another reason you’ll want to think twice before slathering your head in straight-up coconut oil: It’s comedogenic — meaning it can clog your pores and lead to “acne-like bumps and cysts in the scalp,” Dr. Campbell says. She adds that coconut oil is also a potential allergen for some and could lead to itching and rashes.

Bottom line on the coconut oil benefits for hair? “Coconut oil is very natural and can have a wonderful effect on the skin,” Jackson says. “Unfortunately, it doesn’t do much for the hair.”

What about coconut oil-based hair products?

All of that said, you’ve probably seen tons of products on the market that contain coconut oil, and there’s no reason (other than allergies) why you shouldn’t give them a shot, especially since you’ll find many other good-for-hair ingredients inside. 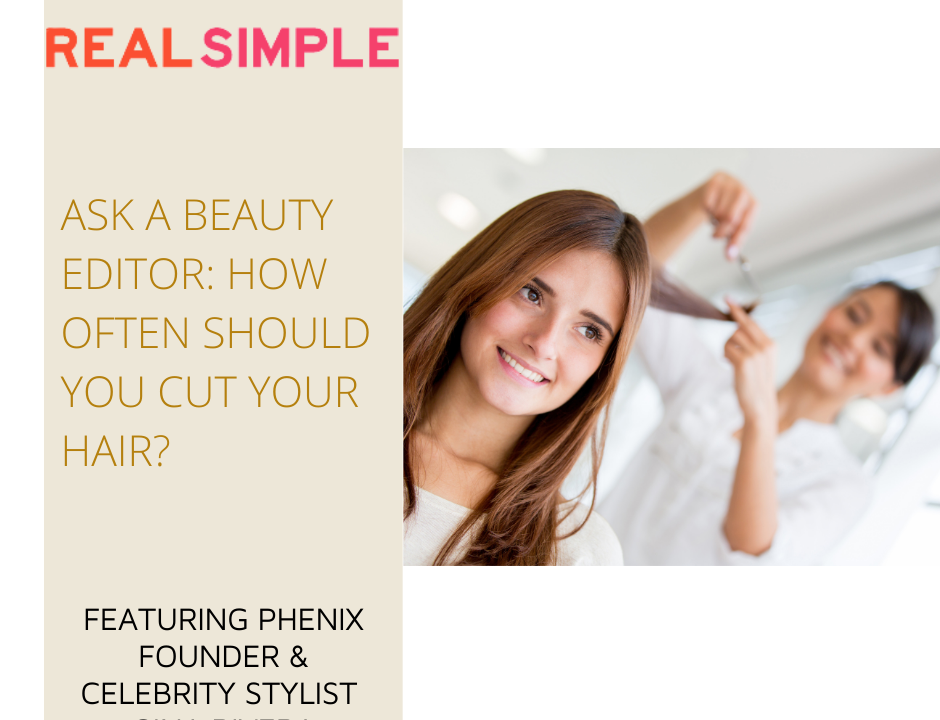 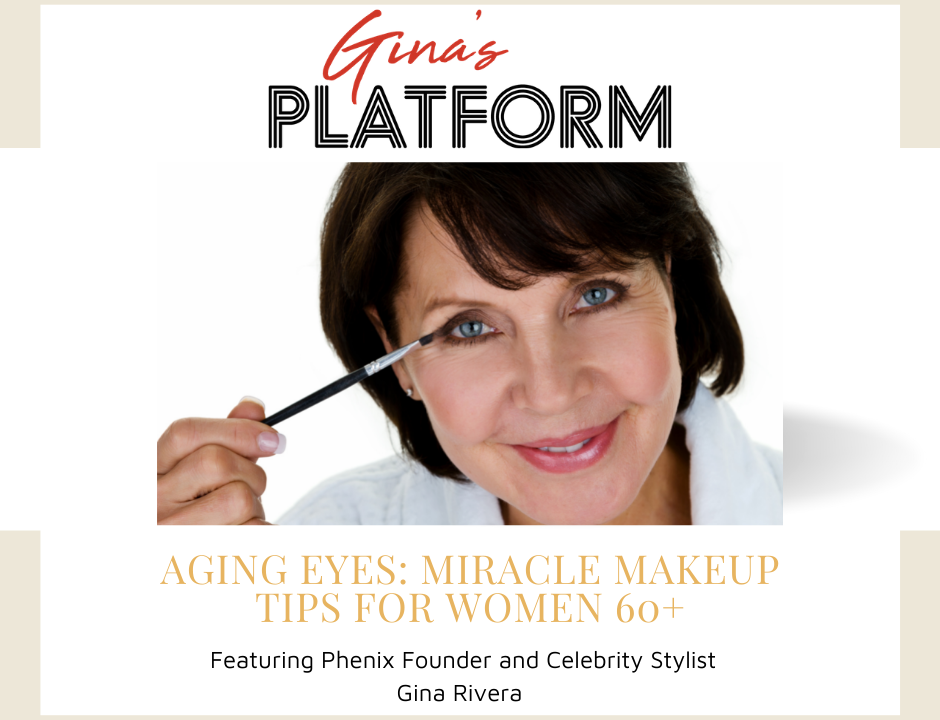 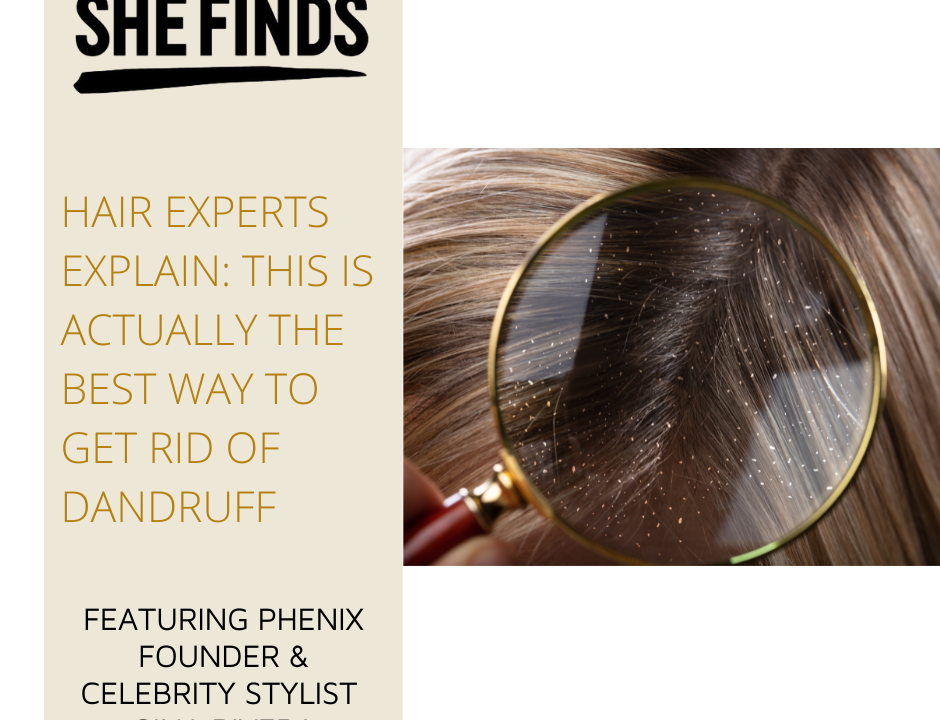 SheFinds | Hair Experts Explain: This Is Actually The Best Way To Get Rid Of Dandruff